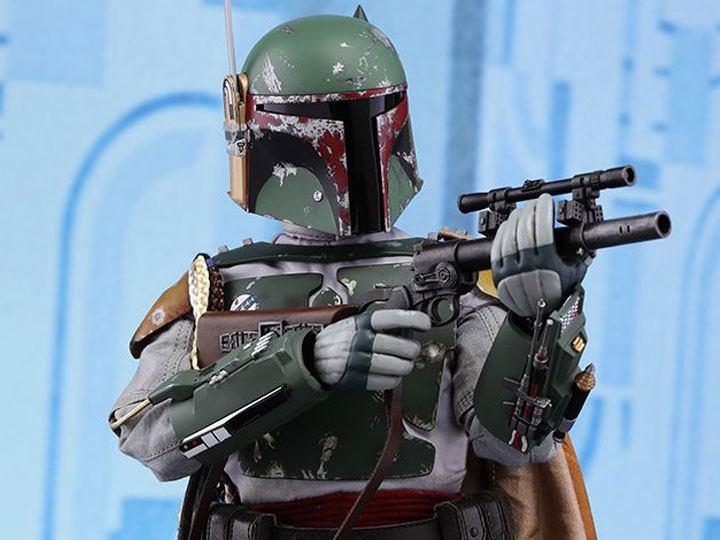 So how does a character with virtually no screen time create such hype, excitement, and allure among the Star Wars Fans?

First, some interesting stats about the movie from the Boba Fett Fan Club:

I have had a long-running suspicion that his popularity stems from having a jet-pack in 1980. Fans seeing this technology at the time were enamored with this ability to fly that drove his popularity through the roof. There could be a multitude of reasons for his popularity but we can leave that debate for the fan club.

Take, for example, Elizabeth Holmes and Theranos. Investors hyped Theranos as a breakthrough in the blood-testing market. Theranos claimed its technology was revolutionary and that its tests required only about 1/100 to 1/1,000 of the amount of blood that would ordinarily be needed and cost far less than existing tests. Immediately the story of “The Next Steve Jobs” beings to travel throughout Silicon Valley and the rest of Wall Street. In 2014, Theranos was valued at $10B!

Fast forward to 2018, the SEC charges Theranos, Holmes, and other management with fraud. The company craters, Holmes is barred from the industry, and investors lose pretty much everything. In John Carreyrou’s book, Bad Blood, details of how much fraud was going on inside the company are astounding. More of a show was going to sell investors than actual research to revolutionize the blood-testing industry.

What investors seem to get caught up with is trying to chase after some new technology before it is perfected. We get over-excited at the onset of some new innovative idea that we forget to actually determine whether or not it’s a viable product. The concept here is what’s known as the hype cycle.

There are 5 parts to this hype cycle that we have to be aware of when evaluating some new innovative idea. The sections below are all from Gartner’s website that details how Hype Cycles work.

Our goal as investors it to evaluate where on the hype cycle we are before we make some investment decision. Theranos might have been the first mover trying to disrupt the blood-testing market but we see in hindsight we are still years, maybe decades away.

Your positioning on the hype cycle also has a significant impact on your future returns. Palm was one of the first movers in the smartphone industry that did nothing but ruin wealth for its investors. Our goal should be to figure out where on the hype cycle we are when looking at new investments. Wealth is created for the masses once a mainstream adoption is underway. Internet stocks boomed in 1998 and crashed in 2000. Out of this collapse came some of the greatest wealth creators of our generation (Google, Facebook, Amazon Web Services).

This makes me think of the quote from Moneyball, “The first guy through the wall, he always gets bloody.” You don’t need to be the first to adopt some new innovative concept. Instead, let it germinate, grow, develop, and become stable.

Wealth is accumulated in years not minutes. So focus your attention on the long-game and the companies best positioned to be there. Optimism and hype lead to over-excitement and overvalued investment opportunities. Once the hype is gone and the technology is perfected, the accumulation of wealth is not far behind. Stay patient.

Please ignore typo’s, I will be editing grammar as I go!

Full Disclosure: Nothing on this site should ever be considered to be advice, research or an invitation to buy or sell any securities, please see my Terms & Conditions page for a full disclaimer.